We're excited to kick off our Winter term readings with Mariam Pirbhai!
Please join us on Friday 12 January at 4:30pm in SJ1 3027. 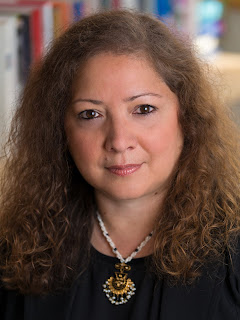 Mariam Pirbhai is the author of a debut short story collection titled Outside People and Other Stories (Inanna 2017), praised by award-winning novelist Shani Mootoo for its “clear-eyed compassion, generosity and literary brilliance.” Her short fiction has also appeared in numerous anthologies and literary journals, including Her Mother’s Ashes: South Asian Women Writers in Canada and the United States, Pakistani Creative Writing in English, jaggerylit and the Dalhousie Review. She is an Associate Professor in the Department of English and Film Studies at Wilfrid Laurier University, and the President of CACLALS (the Canadian Association for Commonwealth Literature and Language Studies), Canada’s leading literary association devoted to postcolonial studies and global Anglophone literatures. She lives and works in Waterloo, Ontario. 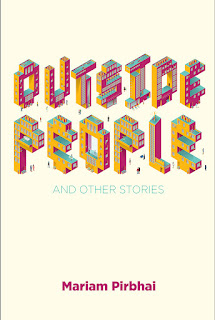 Outside People and Other Stories (Inanna 2017) is Waterloo-based author Mariam Pirbhai’s debut collection of short fiction, featuring the stories of the most “invisible” segments among Canada’s “visible minority,” as they navigate the Canadian or trans-national workforce against the backdrop of contemporary forces and debates, including equal employment opportunities, temporary migrant work, the transnational family, Islamophobia and forms of precarious citizenship.

News: Mariam's book has just been ranked #6 in CBC's Top 95 Must Read recommended books of 2017! And it was also given special mention on the Rogers Writer's Trust must reads of 2017.