In March we welcome a splendid addition to our Languages of Home series: Liz Howard!

The opening act will be Xin Niu Zhang.

Liz Howard’s first book of poems, Infinite Citizen of the Shaking Tent, won the 2016 Griffin Poetry Prize, the first time a debut collection has won the award. The book was also a finalist for the 2015 Governor General’s Award for Poetry. Born and raised in northern Ontario, Howard received an Honours Bachelor of Science with High Distinction from the University of Toronto. Her poetry has appeared in Canadian literary journals such as The Capilano Review, The Puritan, and Matrix Magazine. Her chapbook Skullambient was a finalist for the 2012 bpNichol Chapbook Award. She recently completed an MFA in Creative Writing through the University of Guelph and works as a research officer in cognitive psychology at the University of Toronto. 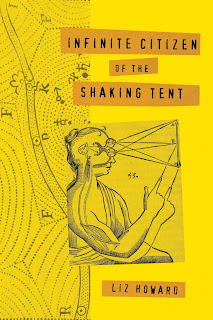